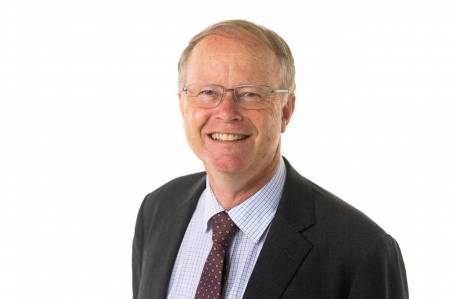 The Wellington Employers’ Chamber of Commerce has announced Mark Pearson as the new director of the New Zealand Commerce and Industry Office (NZCIO) in Taipei.

NZCIO is a subsidiary of the Wellington Chamber and promotes New Zealand’s trade, economic and cultural interests in Taiwan.

Mr Pearson is currently lead adviser for business partnerships at APEC New Zealand and has a long career in trade, international security and diplomacy at the Ministry of Foreign Affairs and Trade. He has previously held roles at the New Zealand embassies in Tokyo and Seoul as well as head office positions involving North Asia, ASEAN and disarmament.

“We share similar philosophies on international trade and trade liberalisation.  ANZTEC (Agreement between New Zealand and the Separate Customs Territory of Taiwan, Penghu, Kinmen, and Matsu) is the backbone of our trading relationship and will eventually lead to the removal of tariffs on all of New Zealand’s exports to Taiwan,” Mr Arcus says.

“Taiwan and New Zealand have also forged close links in the cultural area, including between indigenous communities.”

Mr Arcus said the Wellington Chamber is keen to further strengthen the positive relationship between New Zealand and Taiwan.

Mr Pearson will take up his position in December succeeding Stephanie Lee, who has been heading the office in an interim capacity.

We use cookies and other tracking technologies to improve your browsing experience on our website, to analyze our website traffic, and to understand where our visitors are coming from. You can find out more information on our Privacy Page.